Len was something of a photographic pioneer. His earliest pictures, taken on his faithful Rolleiflex, were soon supplemented by 9.5mm movie footage including a complete (and so far unedited) record of a major building project in Balham. Alas, his attempts to break into professional film-making did not succeed, but he continued to record events in his life on 9.5mm well into the early years of his son Allan’s life.

In the meantime he was quick to adopt 35mm colour film (as soon as it became available) and experimented for a number of years with stereoscopy, again producing a substantial body of work. He abandoned it only when it became clear to him that stereo imagery could never be satisfactorily projected for a large audience – so I’ve no doubt he was equally sceptical about the appearance of 3D TV. (He never cared for the inevitable stereo glasses…)

Instead, Len looked to twin projection to create the cinematic effects he longed for – something far more satisfactory than the usual ‘boring slide show’. Allan worked with him on a number of presentations using twin projectors fitted with iris diaphagms to create smooth dissolves from one image to the next – and being Len, these were accompanied by superbly scripted and recorded commentaries, complete with a music score chosen with the benefit of his huge and eclectic record collection. Len always claimed (with good reason) that he discovered Debussy, Satie, and many other composers long before the ad men got hold of them.

Sorting through his massive collection will take time – a long time. However, we will be presenting a selection of his images here as soon as time permits. 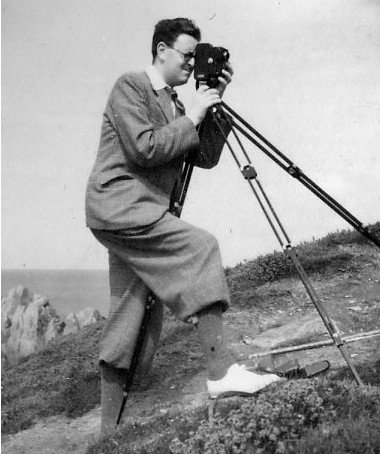